This time last Sunday I was preparing to head off to #ADC2017, the Annual Delegates Conference of the Society and College of Radiographers, an organisation that is both the professional body of my trade, and a trade union. I was a tad nervous to be honest, as I had never been before. The main reason for my nerves though, was the fact that I had written one of the motions that was on the agenda and I was going to have to speak in its favour – funnily enough!

I arrived in Leeds on the Sunday afternoon and after having met up with a friend and former colleague, I registered for the conference and checked into the hotel. The sun was shining in Leeds, which the hotel manager assured me was always the case:

There were some initial meetings to attend and then a rather splendid buffet dinner to round-up the day’s proceedings. I had already seen that my motion (that being #motion66) was down to be debated on the Tuesday morning so I had the relief of knowing that I didn’t have to speak the following day! The first day of conference, the Monday, was a fairly long slog and I think we got through almost 50 of the 80+ motions to be heard before close of play on Tuesday lunchtime (see http://www.sor.org/adc-2017-motions for a full list of all the conference motions and their outcomes). On the Monday evening was the main social event, the award of the reps of the year and an amazing meal, with the odd drink or….few! Most of the photos in the collage below were taken at the evening “do.”

Last year I became involved with Equalise, the Society’s special interest group on equalities. It meets 4 times a year in different locations to make it easier for members all over the country to attend – and they do! I happen to have an in interest in matters relating to gender identity and as such came up with a motion to be put forward for ADC. It was accepted and thus someone had to write a speech to move it at conference. That someone was of course me, not something I thought of to be honest when I came up with the motion! The motion was as follows:

“In light of the increasing numbers of people seeking gender reassignment, and a recent special issue of the National Geographic magazine entitled ‘Gender Revolution’, Conference calls on UK Council to issue guidelines on how radiology departments can be made more intersex and transgender-friendly. This is in terms of both the physical environment and training for staff such that they show respect for individuals gender and are aware of the potential issues relating to LMP and how to deal with them.”

Now unfortunately, due to the overwhelming success of #ADC2017 there were 80+ motions to get through in a day and a half of conference business, which meant that each speaker only had 4 minutes to speak in favour of the motion. As many of you may know, the topic of gender identity is not an insignificant one, and I found it a bit of a challenge to try and get across the essentials in just 4 minutes. My speech below, which I gave at about 11.30am on the Tuesday, was further edited at the last minute (following the new delegates meeting on arrival) in order to make sure that I didn’t overrun and get cut off by the Chair! Here, for posterity, is the unedited text of my speech:

“Chair, Conference, my name is Ben and I’m here to represent Equalise and to propose our motion, relating to making our radiology departments more intersex and transgender-friendly.

For want of a better phrase, transgender is hot. It’s pretty much all over the media these days. A topic that isn’t quite as hot is that of intersex individuals. In preparation for coming to ADC I ran a Twitter poll asking how intersex/transgender-aware people thought they were. Whilst I only had 39 responses, the results showed that just over half felt that they knew a little about intersex and transgender issues, but nearly a fifth of those responding were honest enough to state they had no knowledge. In hindsight, what would have been interesting would have been to split the question, as I feel that had I asked solely about how intersex-aware people were the response may have been far less positive. Now, as Motion 67 will go on to discuss, there are also non-binary individuals to consider, which I could, and probably should have included in this motion.

A survey of over 1200 nursing staff, conducted by the Royal College of Nursing in August last year, found that whilst three quarters of respondents said they encountered transgender patients in their work, only 13% said they felt prepared to meet the needs of these patients, with almost 80% of nurses reporting having no training at all in the area. There are no figures available for radiographers and how prepared we feel to best care for intersex, transgender or non-binary patients, as to date we have not asked our members.

Do you know your gender conforming from your gender dysphoria? Do you understand the difference between gender identity, biological sex and gender expression? As allied health professionals we need to ensure, in fact it is our duty to ensure that we educate ourselves in order that we can provide the best possible service to all our patients, be they straight, gay, bi, trans, intersex, agender, non-binary or any other of the myriad of definitions that exist in relation to gender identity.

In preparation for this speech I met up with a friend of mine, Hazel, as I wanted to ask about her experiences of the medical profession whilst transitioning. I’m happy to say that none of the negative experiences she had, occurred in a radiology department, though she did have to visit them on a number of occasions throughout the course of her transitioning. One of the things she mentioned was being referred to by one consultant as ‘sir’, not only whilst transitioning, but also after she had legally changed her name. The consultant’s response when challenged was “oh, I don’t believe in all that!” Now I would hope you all agree that this is simply not acceptable, whether you agree or disagree, as a qualified health professional it is our duty to respect, not to question the gender identity of our patients.

The second point Hazel wanted me to highlight was the fact that many people that are transitioning feel vulnerable when asked to undress in an examination room, and this most certainly would be of relevance to us in a radiology department. The final point Hazel wanted me to get across was that all she would expect from a qualified health professional, be they a doctor, nurse or a radiographer would be that of understanding. It doesn’t necessarily require an encyclopedic knowledge of transgender issues, but merely respect and a willingness to learn.

In terms of improving the physical environment of radiology departments in order than intersex, transgender and non-binary individuals come to that, feel more comfortable, we propose looking into ways that we can show we are transgender aware, for example, by having posters displayed containing the recognized transgender symbol, alongside those already on display in relation to pregnancy and the unborn child. Some might say that not everyone knows what this looks like, maybe that in itself is part of the lack of awareness and something that can be addressed through the other part of the motion relating to training.

So to conclude, Conference calls on Council to provide guidance on how as radiographers we can best respect and support intersex and transgender patients at a time when they are feeling vulnerable and under our care in our radiology departments and I urge you to support this motion. Thank you.”

I’m happy to report, that after a couple of amazing speakers in support of it, the motion was overwhelmingly carried, meaning that the UK Council of the Society will now look to action the motion over the coming year. I have never spoken at an occasion like this before, and certainly never to an audience of around 300 people! I have to say though, as nervous as I was, I thoroughly enjoyed getting up to speak on a subject I am rather passionate about and would love the opportunity to get up and do it again, hopefully with a bit longer than 4 minutes to speak next time though!

During #ADC2017 I met up with some members of the North West regional committee of the Society, which up until now I haven’t had anything to do with to be honest. This is more down to my focus being on my postgrad qualification rather than disinterest in the local organisation. I am however, happy to report that I intend to start playing a more active role in the North West region of the Society and hope to look after the equalities side of things for them. Watch this space!

The conference was also a great opportunity to meet up with many people that I have known through social media for a number of years now, but never had the pleasure of meeting in person! People can, and do, scoff at #SoMe, but it genuinely is a great tool for communicating with friends and colleagues all over the country, all over the world even, in a way that wouldn’t be possible without it. Social media and the tech team @SCoRMembers also made it possible for the conference to have an added dimension to it, one that was both really useful and a whole of fun! OK, enough of the evangelising about the wonders of #SoMe, I think you get that i’m an avid user!

On returning to work and my department on Wednesday morning, a few of my colleagues were asking about what I spoke at conference about and so I ended up explaining some of the basic aspects of gender identity.

The real work has begun!

Guess what? It’s #SigningSaturday – can you tell what I need to do? Hope so! #GetTheNationSigning 👍 It’s #Fun2Sign! @SCoRMembers @WeAHPs

​​
Until…well, next Saturday – if not before!

Time again for #SigningSaturday and #breakfast whilst the sun is shining! Let’s #GetTheNationSigning #Fun2Sign @SCoRMembers @WeAHPs

​​
Can you guess when the next post will be then? 😉

Ok, so it may be a day late for my WordPress followers, but here ’tis…

I didn’t manage to collate my #4PUFs for February, but here for my WordPress followers, are my #4PUFs or 4 Previously Untweeted Favourites from March 2017:

(3/4) Interesting clip talking about the development of the #PillOnAString or #Cytosponge to help detect #oesophagealcancer @BBCPM #4PUF – “It’s a sponge, in a pill, on a string.” http://www.bbc.co.uk/programmes/p04wtqpp 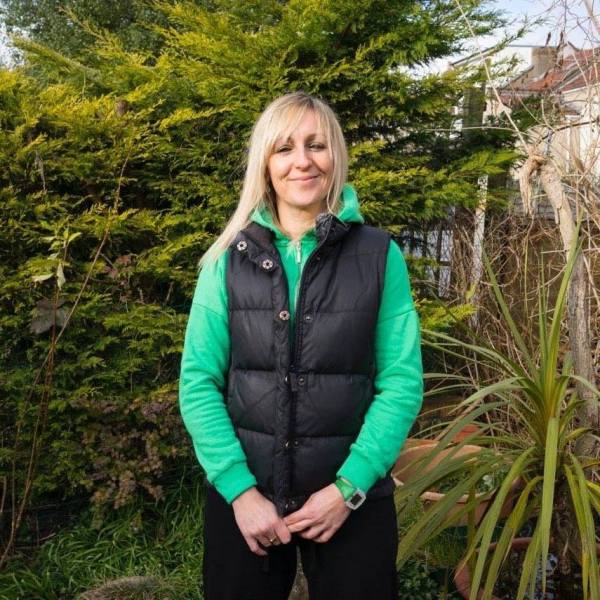 (1/4) “I hope we continue to hold hands until the day I die.” A very interesting article about the #ValueofTouch & #GenderStereotypes #4PUF – “How a Lack of #Touch Is Destroying #Men – #genderbalance #genderstereotypes”  http://www.filmsforaction.org/articles/how-a-lack-of-touch-is-destroying-men/ 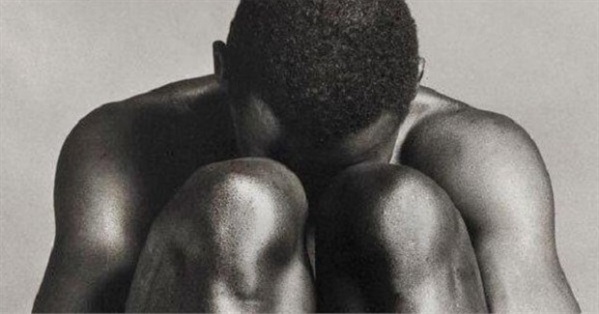 Hope you find the selection interesting!

For the delectation of my WordPress peops, I give you…