Check out this book review…and then the book itself, by the sounds of it! 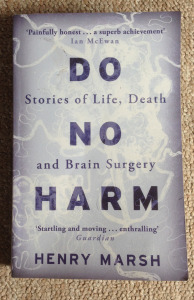 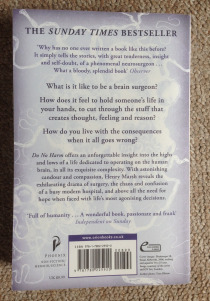 I found this book a great read and the draw of “just another chapter” hard to resist. Inevitably there is some terminology put always well explained.

Henry Marsh’s medical career had an unconventional start by today’s standards. He describes how, as a young doctor, he became hardened and detached from his patients seeing them as a separate race from the all-important, invincible young doctors. Earlier in his career he describes himself as having felt threatened by and fearful of failure.  Approaching the end of his career he now feels less detached from his patients and more aware of his own vulnerability.

He talks about the reality of informed consent and how as patients awaiting surgery we tend to invest doctors with superhuman qualities.